“…the greatest act of railway terror occured in the 1980′s when the derailment of CP Rail Train #54 caused the evacuation of 400,000 people in Mississauga for over a week. The ‘terrorists’? A grand old Canadian institution that allowed a friction journal bearing gondola car to be part of a freight consist when roller bearings were in common use.”
Merklin Muffley, April 26, 2013, The BURD REPORT,


On November 11, 8 am I showed up for work at the Ontario Motor League. For the rest of that day and the next most of my work was dispatching OML vehicles to Mississauga to assist emergency authorities. The previous night a derailment occurred and some tankers of toxics were blowing up. That was November 10, 1979, not “in the 1980’s” as Merklin Muffley contends.


It is one thing to spew inaccurate facts, but another to exaggerate them for the purpose of spreading a pathetic and malign fantasy. Merklin Muffley wants us to believe that the Mississauga train derailment was a terrorist act and that an entire institution was the terrorist.


Really? CP Rail committed a terrorist act? How did they do this? Merklin Muffley expects us to believe that a person or persons unknown or unnamed allowed a part to fail with the purpose of terrorizing a major urban centre with lethal vapours. It was a terrorist act declared Muffley, not an act of omission or negligence, but a deliberately planned and thought out act of terrorism.


Merkley’s whole contention in this regard has as much substance as a FARE leaflet.
Posted by Wally Keeler at 1:38 PM No comments:

The wheels of justice grind on concerning the Jack Vollering trial. Justice J. C. Corkery informed the court that he was "not prepared to give a verdict yet."

The next date of appearance will be June 6, 9:30am. The schedule conflicted with defence lawyer, Tyler Smith. He said he could have a colleague attend, if the only matter was the rendering of the verdict.

Posted by Wally Keeler at 12:40 PM No comments:

The Crown and defence lawyers made their final submissions to the court concerning charges of sexual interference with a minor against Jack Vollering, a retired Catholic elementary school teacher in Grafton, Port Hope and Cobourg. Vollering, who held a brief stint as Grand Knight of the local Knights of Colmbus, was facing the third day of trial. The Court heard evidence from the complainant on Monday last. Vollering’s explanations and denials were heard the following day.

(Interestingly, there were no reporters from the local mainstream news media for the first two days. They showed up today only because an interested party contacted them to wake them up to their community responsibilities.)

This morning, the defence described the incident with the girl as “rough-housing, tickling, wrestling and playing”. The lawyer explained that Vollering may have touched the girl but that “he didn’t mean to touch her in a sexual manner, that it was inadvertent.” The defence reiterated again, “The act may have happened, but not in an intentional manner.”

The Crown alleged that Vollering had rubbed the girl’s stomach, her chest, inside her underwear and the vaginal area without penetration. The Crown referred to other similar episodes that the girl had described and that each episode was “essentially the same.” The Crown asserted that this supported the credibility of the girl.

The Crown said that when Vollering was first told of the accusation, there was no denial from Vollering. The Crown brought up several journal entries, in which Vollering had written: “I have caused enough hurt already.” and also “I need a lot of help.” The Crown contended that these entries, combined with all the other evidence contradict Mr Vollering’s later denials.

The Crown described Vollering as a “bright, thoughtful individual … an effective communicator … and he was good at the schools where he taught. The Crown asserted that Vollering’s expertise as a communicator provided him with the ability to put his spin on the incident once he had determined that the accusations were not going to go away. “He was aware of the accusations.”

Evidence revealed that Vollering had written into his journal, “It should never have happened, but it did. It happened, I’m sorry.”

“What else could that be but an admission?” declared the Crown.

The Crown addressed an alleged inconsistency with the girl who had not immediately come forward with her charge. She explained her reticence in the first instance because of the disruption it would cause to several other close parties. She didn’t want to be the person to ruin people’s lives.

The Crown asserted that the girls testimony “has the ring of truth. She has no motivation to lie.”
The verdict of this case will be delivered 2pm this Friday, April 19, at the County Courthouse on William Street.
Posted by Wally Keeler at 11:58 AM No comments:

Jack Vollering, charged with sexual interference with a minor, faced his accusers in in court this week. Jack Vollering, retired elementary school teacher and briefly a Grand Knight of the local Knights of Columbus listened to four female witnesses testify against him throughout the day on Monday.

Earlier today, Jack Vollering presented his defence. Not a single journalist was sent to cover this trial. So here is a tip. Tomorrow morning will be the last day of his trial. The judge may make their decision on guilt tomorrow.

I will be attending tomorrow morning. The public has been given access to the trial since it began. Once again where is the media?
Posted by Wally Keeler at 5:32 PM No comments: 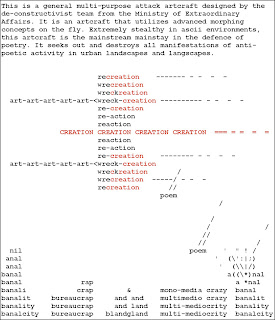 Posted by Wally Keeler at 12:32 PM No comments: